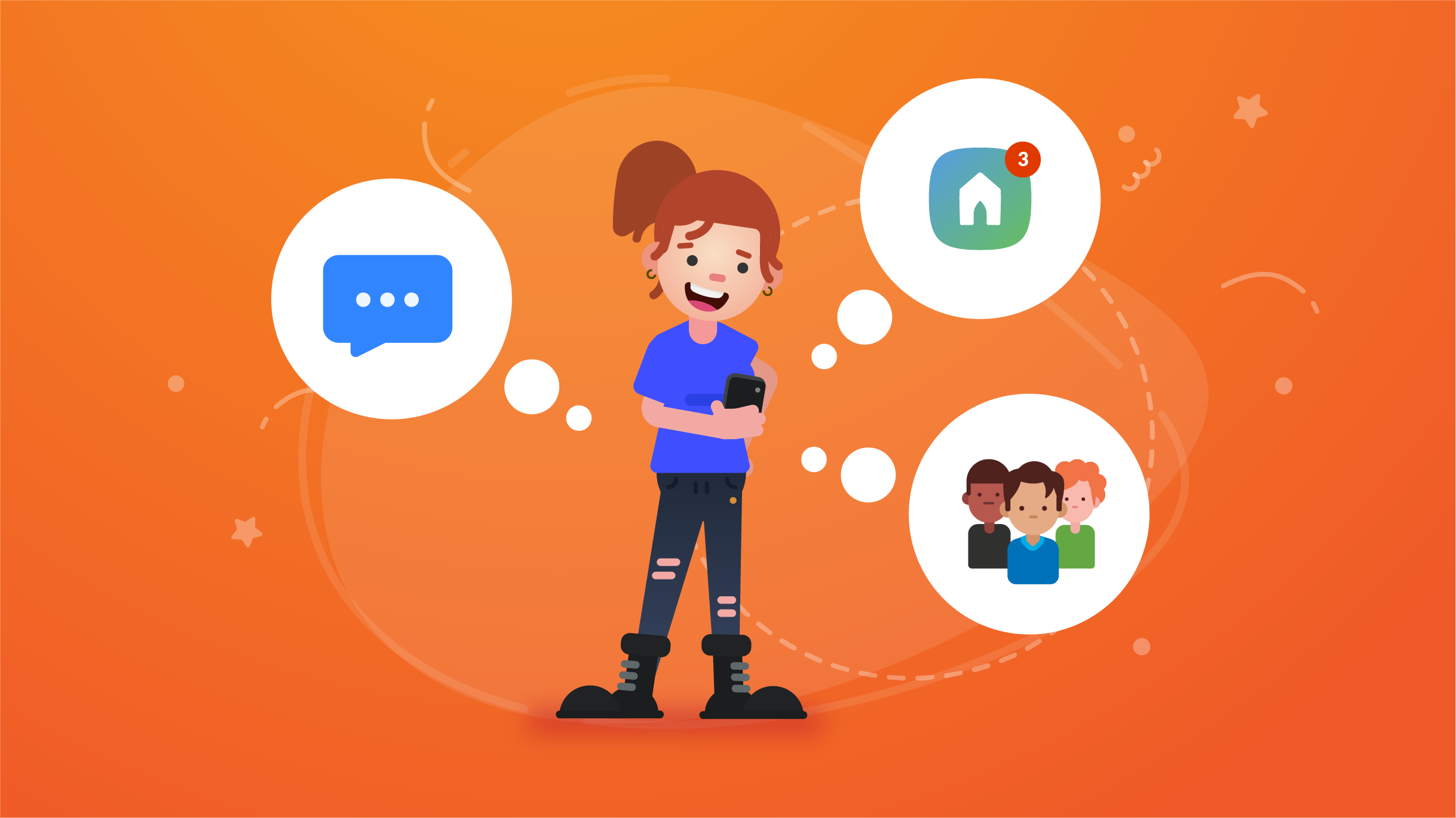 Messaging can be as much fun as it is practical—a way to connect and laugh, and a way to share information and coordinate plans.

Group Messaging is still in public beta while we work on polishing things up, but we didn’t want to wait too long before we released a few updates to improve both the fun and the practical side of this feature.

So based on feedback from users, here are a few new options now available in Group Messaging!

One of the problems with group texts or email threads is that information can get lost. Topic threads in messaging make it a little easier to keep track of everything. Unless, of course, you end up with too many threads.

To help keep the thread count manageable, you can set the group to only allow leaders to create new topics. This way, the group can stay focused while still being able to engage with each other.

Both leaders and members (if they can create new topics) also have the option to disable replies on a thread. This permission is especially handy if someone just wants to make an announcement, or pause a conversation if it goes off-topic and direct people to a new thread.

Anyone who has been included in any group text ever (so everyone) knows how quickly things can get out of hand. All it takes is one superhero reference while discussing potluck plans,  to turn the whole thing into a gif battle.

Members can now minimize their notifications by muting certain threads, as well as mark their messages as read or unread, so they can return to the conversation later.

Hopefully, by giving people some control over how they engage they’ll remain engaged.

You can’t interrupt the potluck plans with a GIF battle if you don’t have access to the best GIFs—a problem that must be solved.

People can now up their GIF game using one of their favorite GIF keyboards (Giphy, Gboard, and Tenor) within Messaging.

Members can also upload images from the photo libraries on their phones,  as well as take a picture in the moment without having to leave the Church Center app.

Here is an excited sheep to tell you how we feel about that.

One final note: originally, admins were the only people who could turn on messaging, and they had to do it for each group. 😱 Now, to give your church a little more flexibility, admins can give leaders the power to turn messaging on/off for their own groups.

If you have any questions, suggested improvements, or feature requests for messaging, please reach out to our support team—we would love to hear from you!

There are moments when a company needs to take a firm stand on an issue because silence and neutrality are themselves a statement. This is one of those moments.

When you are ready to start planning events again, getting them on the calendar will be much easier with the brand new event templates feature.