Although it's not common, it's possible for donors to file disputes about the charges they see on their bank statements. The dispute process is initiated at the donor's bank and moderated by the payment processor, Stripe. While this is fairly commonplace in the retail environment, it's rare that donors file this type of dispute without first contacting their church.

How rare is it? In Planning Center Giving, only one in every 65,466 donations is disputed.

Even though disputes are uncommon, we know you want to track each and every donation accurately and responsibly in your books.

In the event of a dispute, Giving will now spring into action:

Here's what a disputed donation looks like in Giving: 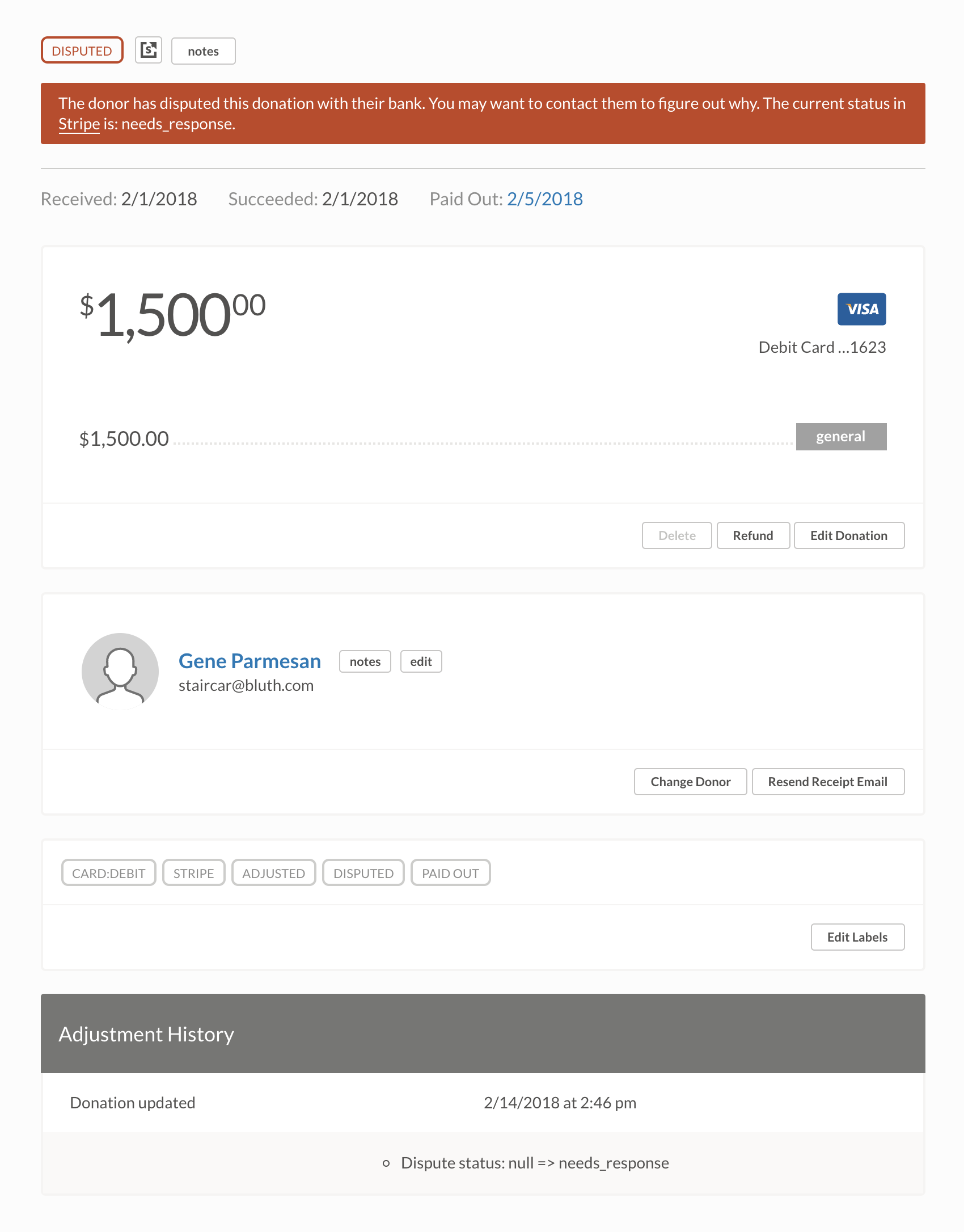 In the event a donor disputes a charge, here is the email you'll get as an administrator: 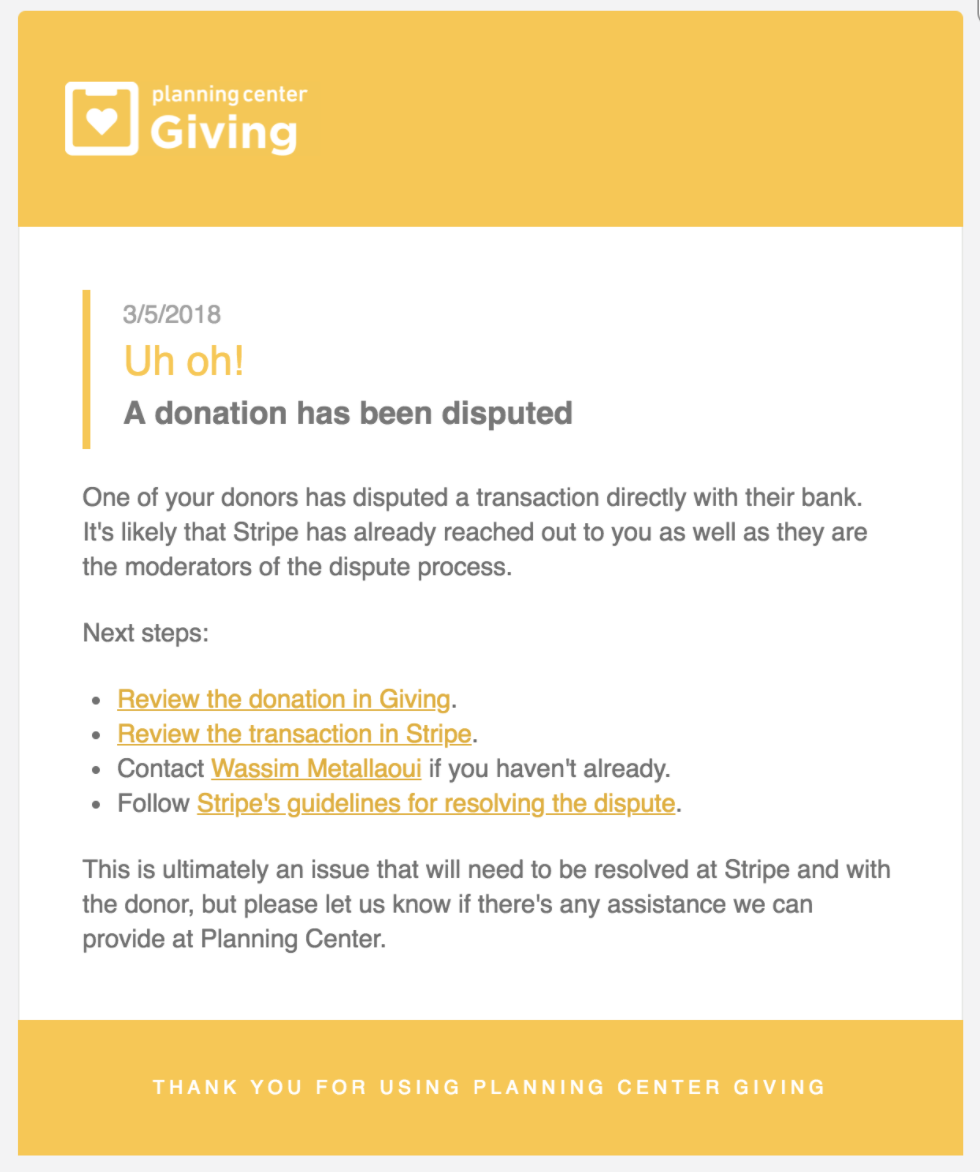 We hope this helps you track disputed donations effectively, if it ever happens!

Scrolling through Lists is not the most efficient way to find what you're looking for, so start organizing lists by Campus and Category!

Planning Center Services' internal apps and some of the web app's new pages have moved to v2 of our API, so we are beginning to depreciate API v1.