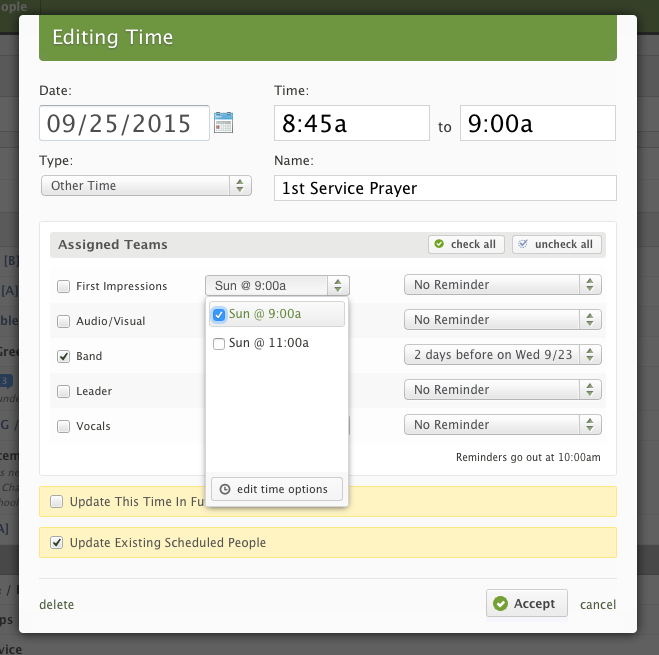 This second image shows what happens when I switch Reagan from being scheduled from 9am to 11am. On the right you can see which times he's assigned to, and when I change the main Split Team option on the left, both the Service Times and the Rehearsal/Other times on the right are updated.

You can always manually assign your people to times using the checkboxes on the right, but by setting up your times correctly, the times are assigned automatically. Every time you email your people from a plan, their assigned times are included, so it's important to assign them correctly.

In the last 2 weeks we've added some great features including new filtering options in Lists, an SMS button on mobile devices, and Household-related items!

The last couple weeks since launching PCO Registrations have been a flurry of activity. Our team has been busy at work adding some great new features and squashing bugs, and you've been busy setting up and accepting registrations for your events. Thousands of people have already signed up for events, and churches have collected thousands of dollars. Not bad for a few weeks! Here's a couple highlights of what we've been working on.