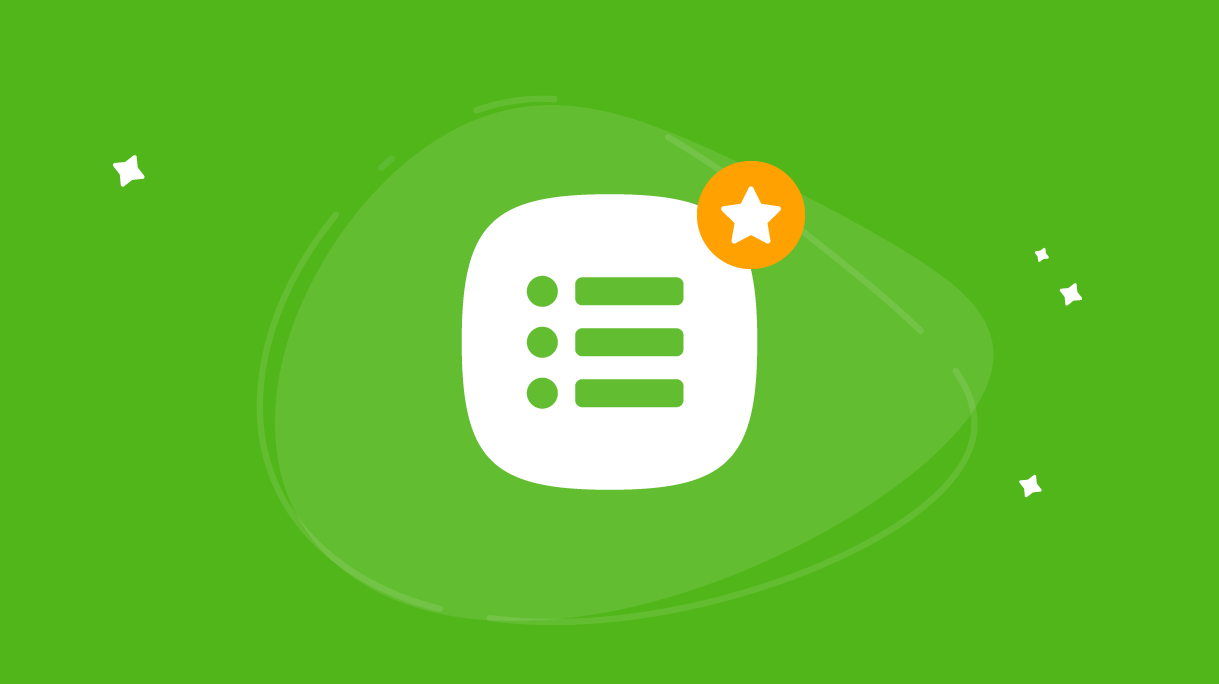 If you've used PCO Services for a while, you know we like to continually improve it by adding new features. You might have also noticed that we haven't added any big features recently. We do have a big feature that is really close to completion, but we've also been hard at work on some other things, too. For one, we've just finished a major upgrade to our west coast servers that sets us up for future features and keep things snappy for our ever-increasing number of users (especially now that we've launched our new app PCO Check-Ins). Last month we blogged about email deliverability improvements, but we've also pushed out a handful of other smaller features we wanted to let you know about. 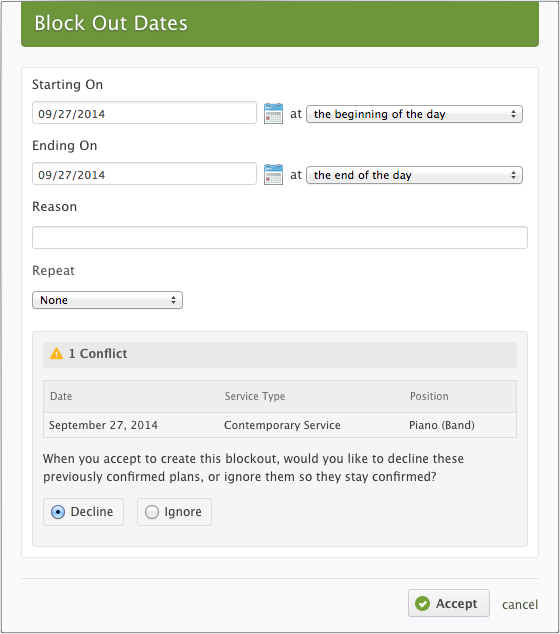 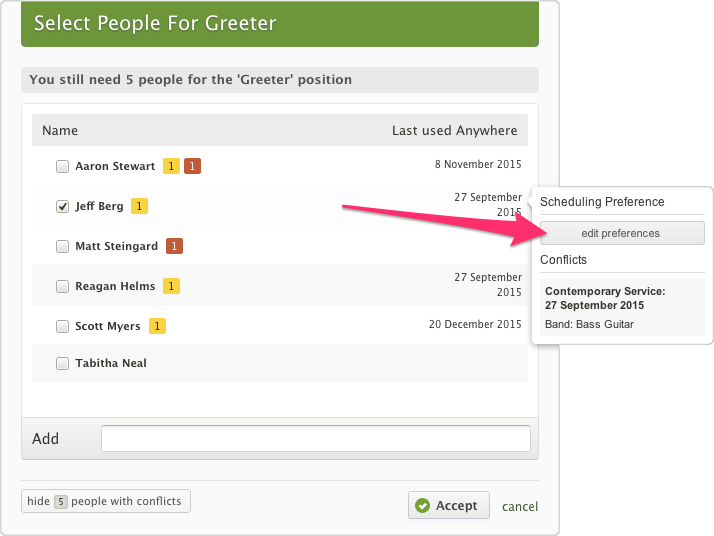 After you've set up needed positions, you can click one to choose people to schedule for that position. That popup shows you all the people assigned to that position, and also shows you if any of them have conflicts, blockouts or scheduling preferences. In addition to just seeing the scheduling preferences, when you hover over a person there is now a button to edit their preferences right there, without having to go to their profile page.

Our original CSV import lived in PCO Services and was built to run immediately while you waited. The problem was that if the CSV was too big, it would oftentimes timeout before it was finished, and there wasn't an easy way to know which people were actually imported. We've since completely rebuilt the CSV import and improved it in two big ways. First, it now runs in PCO Accounts, which means it can import people into any PCO app, including Services, Resources & Check-Ins. Second, it now runs as a background task which eliminates the time limit, enabling even big CSVs to be processed completely. Instead of waiting on the page, it now sends you an email when it has completed with a link to view any conflicts or results. 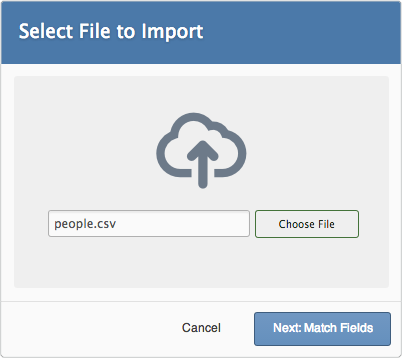 In addition, we've added support for many different date formats. If your CSV has birthdays or anniversaries entered, the date formats can use slashes, dashes, month names, or even be in international formats if your account is set that way. The old import looked for people in your CSV that already existed in your account and gave you the option to update any changed information. When we built the new import, we accidentally left that out. (Oops, my bad!) I do have some developers working on adding this back in even as I type this, and we expect it to be ready and improved in the next week or two.

Projector is our iPad/iPhone app for portable presentations that wirelessly displays lyrics, videos and slides during your service. If you've enabled Projector on your account, you can add Custom Slides to any item in your service, which Projector uses to display text like announcements, message notes or scripture. Now there is an icon on any item with custom slides so you can see which items have slides without editing them. In addition, when you export a plan as a template, custom slides are now included.

The Mystery of the Auto-Accepting People

This one is more of a bug fix that I just found especially interesting. We had some users reporting that when they emailed scheduling requests to some people, those people would confirm themselves faster than humanly possible. After much investigation, we found this was because those users were using anti-virus software that "pre-clicked" all links in incoming mail to make sure no viruses were found in the linked pages. The virus software was essentially accepting for the user.

To fix this, we researched and found that since these anti-virus apps aren't full web browsers, they don't have the ability to run JavaScript. Now when the accept button is clicked, we first check to see if JavaScript is available. If so, we immediately accept the request like we've always done. If not, we require a second confirmation which only a human can do, preventing the anti-virus software from accepting the request. 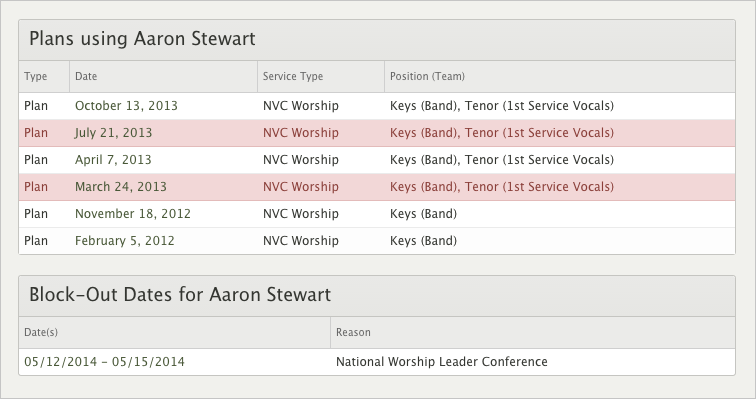 When you go to a person's profile page and click to view their past schedule, that page now splits blockout dates into a separate table, and shows which team and position the person was scheduled to in any of those plans. We released a great new version of Music Stand for Android that reorganizes many features so that changing PDFs or choosing to view another person's notes is much faster. We also released a new version of Services for Android that allows adding people, assigning tags, and adding plan notes.

Split Teams allow you to have one team that uses different people at each service time. Team members can also set new Time Preferences to specify when they want to serve.