Happy New Year! I hope you got at least a little time off during the Christmas break and you're back and ready for a great year. We want to get that year started by releasing the following updates to make things a little easier for you. 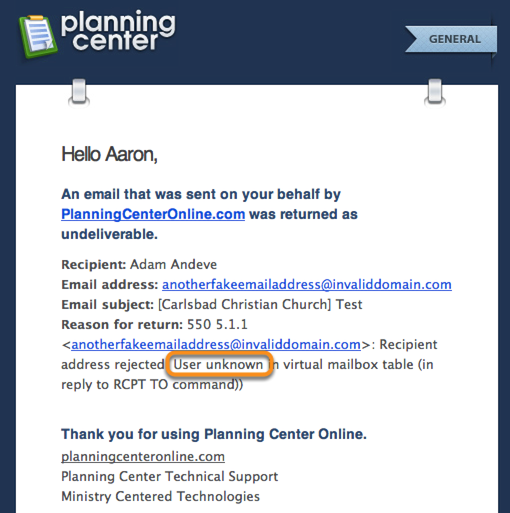 Last month we released Email Templates & Formatting which allow you to save frequently used emails for quick sending at any time. Emails are such a critical part of Planning Center so we wanted to add some more enhancements. Until now, when you would email your users, Planning Center would show that your message was sent and you would just have to assume it was delivered. Sometimes, however, those emails would be rejected by the recipient's email server and sent back for a variety of reasons, the most common being a typo in the email address. Starting now, you'll know anytime an email was rejected. When you send an email, Planning Center sends individual emails to each person you've selected. If any of those individual emails are rejected, you will receive a failure notification that tells you which email address was rejected and why. At that time, Planning Center also blocks that email address and alerts you that they will not be emailed each time you try to contact that person. 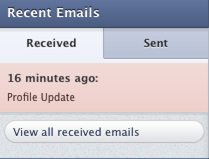 When you are composing an email, Planning Center shows all the recipients in two sections: "No Email Address" and "With Emails". 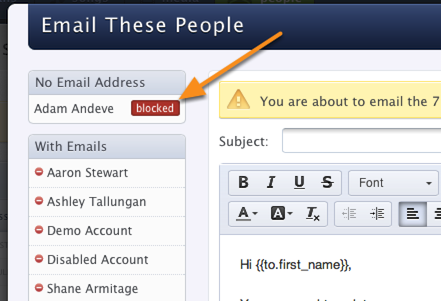 Any users that only have blocked email addresses will be shown in the "No Email Address" section with a "blocked" flag. If a user has more than one email address in their profile and at least one of them is not blocked, they will still show in the "With Emails" section since they will receive your message to one of their addresses. Check out this lesson from our manual for more information.

Last year we released a music integration with Rdio, a popular music subscription service. It was no surprise that many users also wanted an integration with Spotify, but at the time, it wasn't a possibility. Since then, some things have changed making it possible to announce that Spotify integration is here! Spotify doesn't allow us to play their tracks within the Planning Center media player, so when a user clicks a link to a Spotify song, it will open in a new window instead. 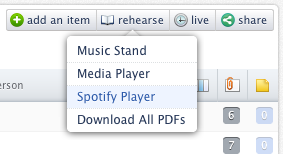 In addition, if your plan includes any links to Spotify, there will be a new "Spotify Player" button in the rehearse menu that will open a new Spotify window with a playlist of all the Spotify songs in that plan. If you have Spotify links to all your songs, the new Spotify Player is an awesome way to allow your users to hear their music. Check out this lesson for more information. 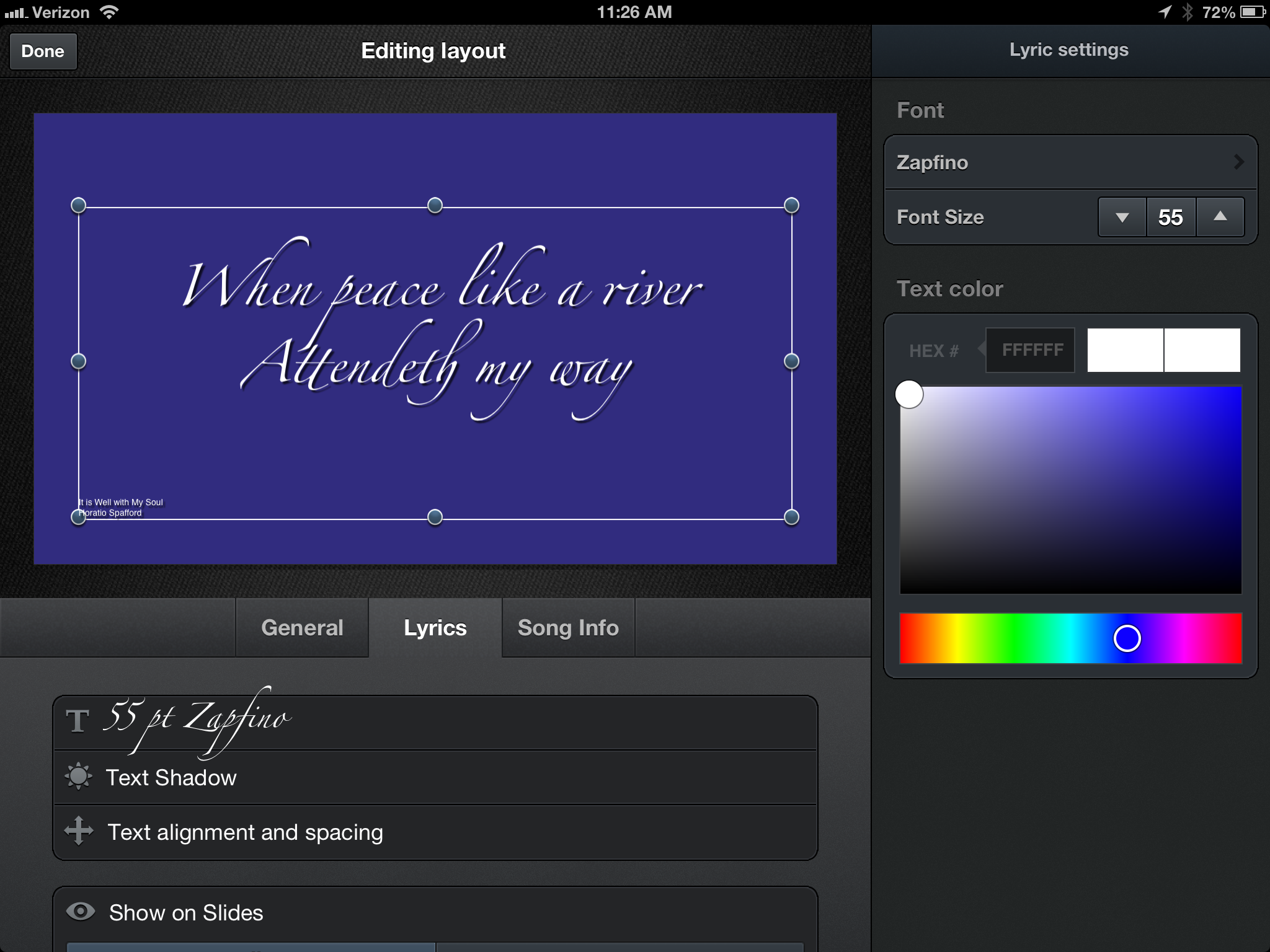 Our iPad & iPhone presentation app, Planning Center Projector, just received a major update with some big improvements. First, the app runs much faster and is more responsive on all devices. We also added a huge new feature called Custom Layouts. Layouts allow you to easily format songs using styles and other options, including number of lines. One tap can switch full screen slides with 8 lines of lyrics fully justified, to slides with 2 lines of lyrics in a lowered third at the bottom. In addition to the pre-defined layouts we've always included, you can now make custom layouts. The Layout Editor allows you to specify font family, size, color, margins, alignment, line spacing and more, so you can format slides to your exact specifications. Custom Layouts are saved to your Service Type so they'll be available on other devices or other plans in that same Service Type. Download Projector now or check out this lesson on creating custom layouts. 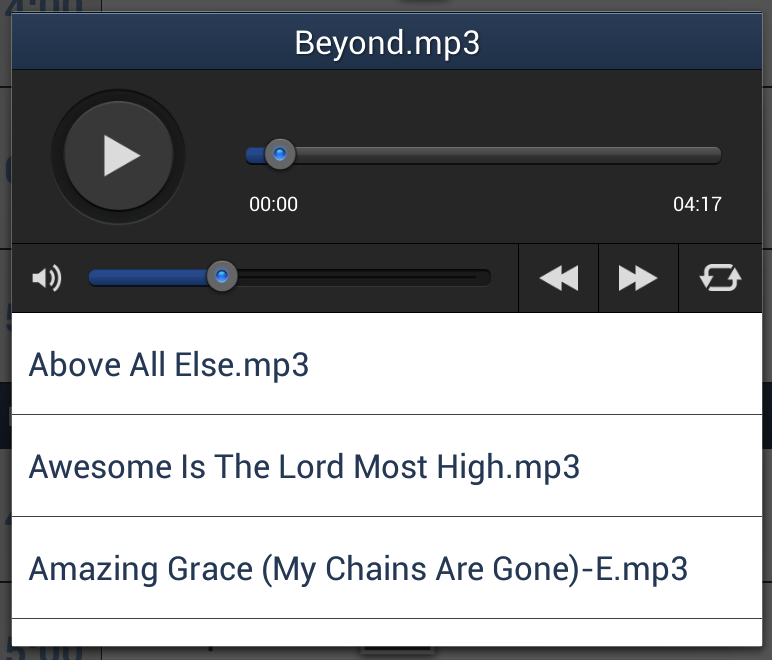 Something Big is Coming!

What would our first post of the year be without a teaser for something to come? We've been hard at work for a long time on a completely new web application that will expand the world of Planning Center Online into some new areas. We'll be announcing it in the next couple of weeks and taking signups for people interested in helping us beta test it. That's all the information we're giving now, but I guess I can at least let you see a preview of the icon. :)

Make sure you subscribe to our Facebook page or follow us on Twitter @planningcenter to hear the big announcement and to stay up to date with all our new features and status updates. Have a great 2013!

Releasing three awesome updates! Each update is for a different product, so hopefully there's something for everyone.

On Wednesday, February 13, from 9:30 to 11:30 Pacific Time, Planning Center was having some issues related to permissions. What was up with that?