Planning Center Giving customers can now join the ranks of UNICEF, the American Red Cross, charity: water and many other nonprofits in supporting Apple Pay for donations.

Apple Pay on iPhone or iPad 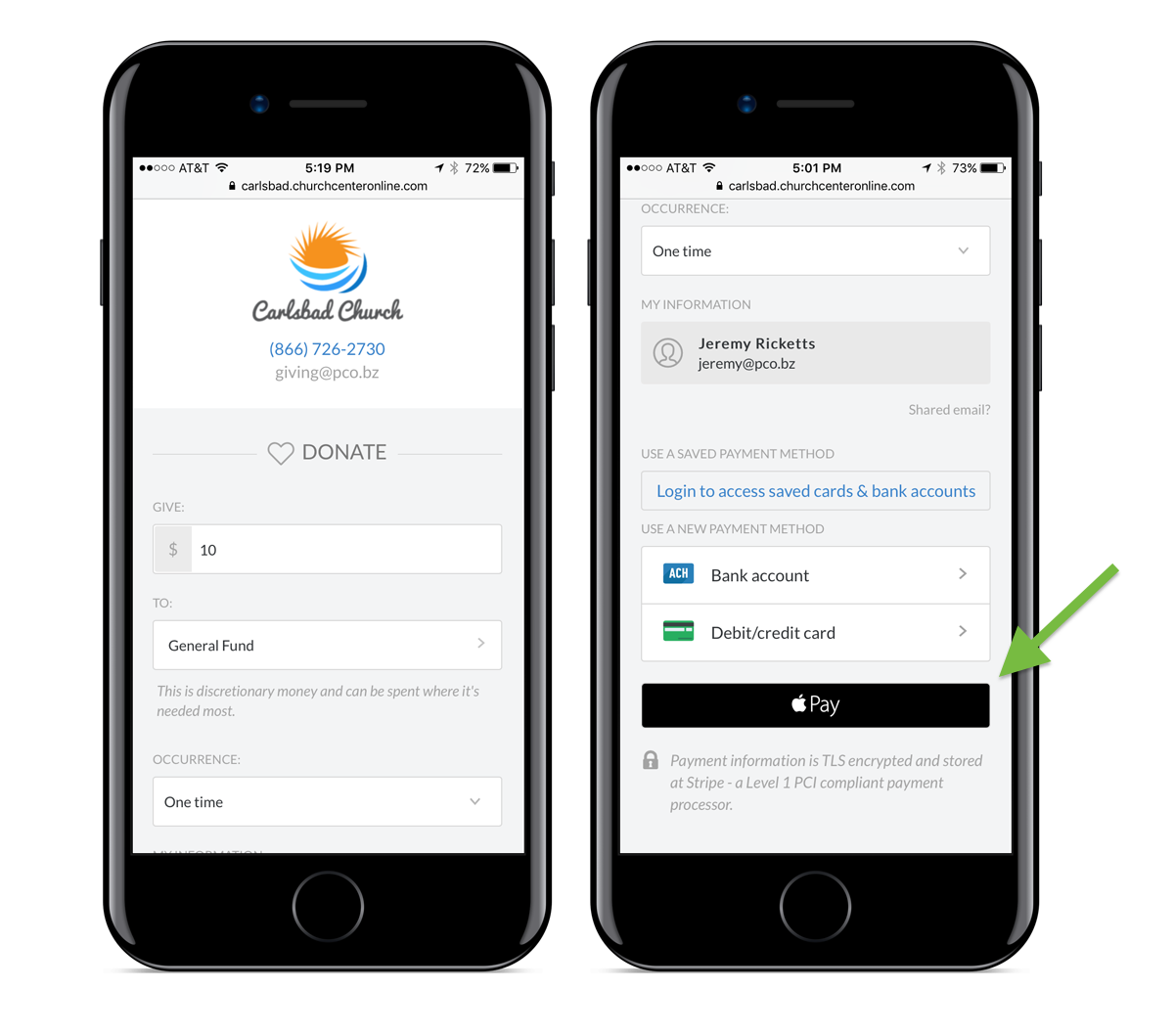 If your donors like to give on their desktop, the new Apple Pay button will also work with Safari. It's the same, simple process: select Apple Pay and then verify the transaction on their phone.

Apple has established an application process for nonprofits who wish to accept donations using Apple Pay. Once your organization has been approved by Apple, you'll need to enable Apple Pay within Planning Center Giving. Learn more about the process here.

We hope your donors enjoy using Apple Pay and that your organization benefits from this addition.

Get the complete picture of what's happening when money gets deposited from Stripe and track donations all the way through until they're deposited.

Our team finished version 1.5 before I could even write the blog post for 1.4. So here's a double dose of updates for you!