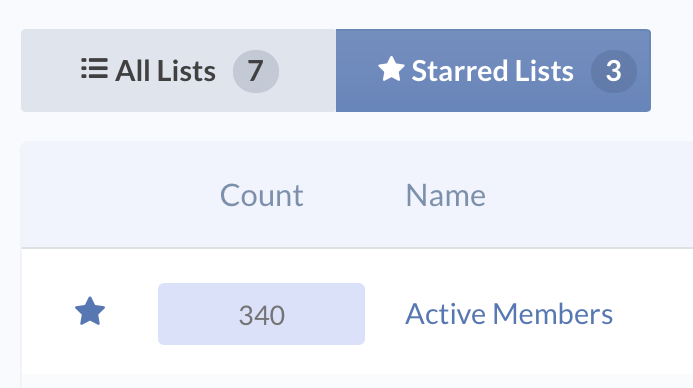 In PCO People, Lists are the way-too-easy tool to find groups of people based on real-time data from all of our applications. Using Lists, you can find all the donors who checked in a kid last year, all the people who have volunteered to serve but haven't completed their training, or just about any other group you can imagine by combining data from Check-Ins, Giving, People, Registrations, Services, and soon, Groups.

First off, we've added relative date options to several conditions. Previously, you could only specify exact dates for your searches. But now, you can specify a time frame relative to today. So instead of searching for kids checked in since a specific date, you can search for kids checked in “in the last 6 weeks” or any other time frame you want. This time frame is relative to the time that you refresh the list, so you'll never need to update a date for these sorts of lists again.

Next up, is something to help you organize your lists a little better. Admins are creating tons of lists, and having them all in single place is overwhelming. We've released two handy tools to make your lists of lists more powerful: Search and Stars.

Many admins only have a few lists that they access regularly. So now you can set those lists apart from the rest by starring them. A starred list will appear in the "Starred Lists" section, which then becomes your new default view. And if your list isn't there, just type its name into the search field at the top, and it will instantly appear.

It's here! Text-to-Give has landed in Planning Center Giving. It's easy to set up. It's fun. And it's the fastest, most spontaneous way for your donors to give.

Here’s a sneak peek of PCO Groups, the next application from Planning Center. Coming to you at the end of June.